Established 1950 the Armed Forces Reserve Medal is awarded to enlisted members including officers of the United States armed forces reserve after completing 10 years of service. This applies to all services including the Coast Guard and National Guard. An Hour Glass device is added to the service ribbon to denote an extra award of this medal and is either Bronze, silver or Gold. A letter M indicates Mobilisation and the number 3 the number of times mobilised. Designed by the Heraldic Branch of the Army’s quartermasters store the medal has a crossed powder horn, bugle and flaming torch on a design of thirteen stars with reverse inscribed “Armed Forces Reserve” and different emblem for each service.

Ribbon with Hourglass device for subsequent award of the armed forces reserve medal. 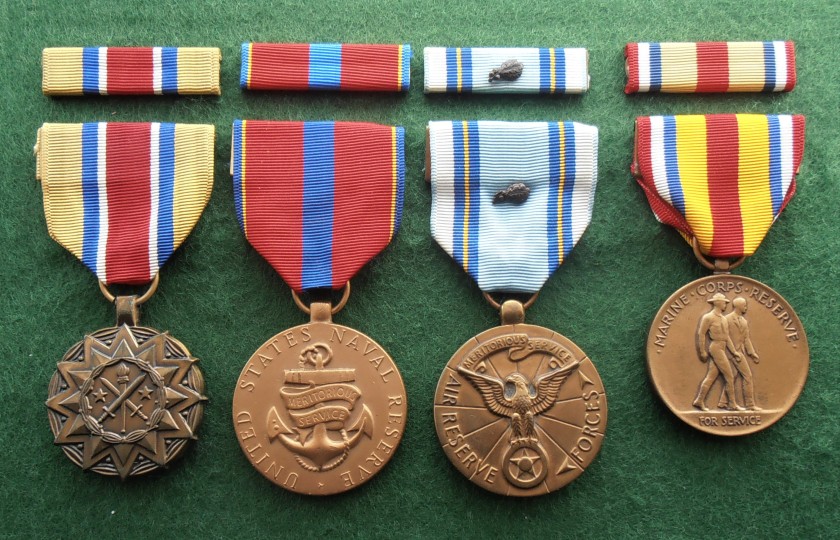 1971. For exemplary conduct , fidelity and efficiency for 3 years service in the Army Reserve or National guard reserve. There are two versions available for the Army and National Guard. Crossed swords on a torch within a twelve pointed star, reverse has “Untied States Army Reserve” or “United States National Guard” and the words “For Achievement” at the bottom edge.  A bronze or silver oak leaf device can be added for subsequent awards. 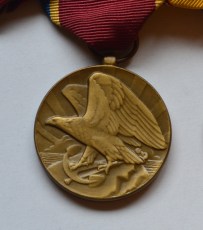 Awarded for ten years honourable service in the US naval reserve. Medal shows an Eagle on an Anchor. Reverse is flat with “United States Naval Reserve” and “Faithful service”. This medal was replaced by the Armed forces reserve medal (Navy).