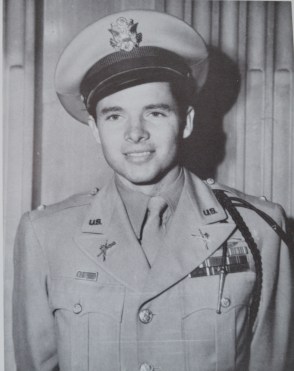 Some of us can remember the “Good Old Days” of 3 TV Channels (in the UK) and the film matinee’s on the weekend with a mixture of old black & white films and if you were able to afford it colour! There were a number of film stars from this time period of the sixties and seventies that come to mind, John Wayne, Burt Lancaster, Kirk Douglas to name a few but another film star from this period was Audie Murphy who unknown to me at the time was the most decorated US soldier of WW2. It wasn’t until I saw the film “To Hell and Back” that I realised what this guy had achieved and at such a young age. And the disbelief when I heard of the plane accident that claimed his life in 1971.

Born in Texas 1925 he enlisted in the Army in 1942 at the age of 17 (with the help of falsified documents, however even his date of birth may have been later than specified) and he joined Company B of the 15th Infantry Regiment, 3rd Infantry Division (Nicknamed the Marne Division or Rock of the Marne due to their combat actions during WW1) and saw his first action in Sicily. He took part in the Salerno landings in 1943 and missed the initial landings at Anzio due to malaria. He was soon promoted to platoon Sergeant and in March 1944 he was awarded a Bronze Star with V device for destroying an enemy tank. In May that year he was awarded his combat infantry badge and after Rome was liberated June 4th he stayed there throughout July.

He was soon in action again participating in “Operation Dragoon” the invasion of southern France 15th August 1944 where he received a Distinguished Service Cross after his platoon were attacked and he killed 6 enemy soldiers and captured 11 prisoners. A presidential Unit citation followed and a Purple Heart for wounds received following a mortar blast during combat and a Silver Star during operations in the Cleurie river valley. Awarded a 2nd Lieutenants battlefield commission 14th October he became a platoon leader and was hospitalised after being shot through the hip and received his 2nd Purple Heart with oak leaf cluster. He re-joined his platoon January 1945 in the Colmar region, Vosges Mountains. It was here that he was awarded his Medal of Honor for actions near the town of Holtzwihr when his platoon was attacked and a US M10 Tank destroyer was hit with the crew abandoning it. Murphy ordered his men to retreat and using his M1 carbine directed fire onto the advancing enemy. He then climbed onto the abandoned M10 and fired its 50 cal machine gun and during the next hour killed or wounded some 50 German soldiers. He suffered a leg wound and when he ran out of ammo rounded his men up and led them in an attack to repel the still advancing Germans. As well as Murphys Medal of Honor the 3rd Infantry Division received a Presidential Unit Citation for the action in the Colmar pocket.

Promoted to 1st Lieutenant and awarded a Legion of Merit he was removed from the front line February 1945 and sent to regimental HQ. Murphy was presented his Medal of Honor at Salzburg, Austria, 2nd June 1945 by Lieutenant General A.M. Patch, Commander of the 7th Army. After discharge from the Army in September 1945 he was transferred to the Officer Reserve Corp. For his actions in the European Theatre Audie Murphy was one of the most highly decorated combat soldiers and his awards also included the Distinguished Service Cross, 2 Silver and Bronze Stars, 3 Purple Hearts, Legion of Merit, Army Good Conduct, Campaign, EAME, Victory and Occupation medals. 2 Presidential Unit Citations. His Foreign awards were French Croix de Guerre and Legion of Honor and Belgian Croix de Guerre.

After the war he suffered from what was then known as battle fatigue, what we now call post traumatic stress disorder (PTSD) and spoke out about his own issues highlighting the problems of veterans returning from Korea and Vietnam. He campaigned for a better understanding of combat experiences and the emotional impact on war veterans with a view to better medical care. He was married twice, first to Wanda Hendrix 1949 to 1951 and then Pamela Archer 1951 to 1971 with whom he had 2 sons.

Audie Murphy became a film actor from 1948 to 1969 and appeared in more than 40 films including many westerns including the Civil war epic “The Red Badge of Courage” and the film “To Hell and Back” which was based on his own memoirs published in 1949. On 28th May 1971 Audie Murphy was killed in a plane crash in Virginia. Five other passengers including the pilot were also killed when the light aircraft he was aboard crashed during bad weather into Brush Mountain near Catawba, VA.

Audie Leon Murphy (20th June 1925 – 28th May 1971) was buried with full military honours at Arlington National Cemetery and his grave site is the second most visited after that of President John F Kennedy.

You can read more about Audie Murphy at the official website:

Picture of Audie Murphy in Army uniform from No 164 “Who’s Who” series of postcards.